We had the privilege of visiting Premise Entertainment in Orlando, Florida to speak with the head of the studios Dominic Carola. Dominic as well as Aaron Blaise agreed to do a behind the scenes interview of their most recent hand drawn animation project for John Lewis, a department store chain in the United Kingdom, for the commercial titled, “The Bear and The Hare”.

As we walked into the main office, you can see “The Bear and The Hare” model sheets all over the walls pegged up. He showed us so much that it would make any hand drawn animation fan go bananas. We saw rough pencil tests, storyboards, concept art, model sheets, you name it. Mr. Carola has been nice enough to give us some artwork to share with all you traditional animation fans out there! 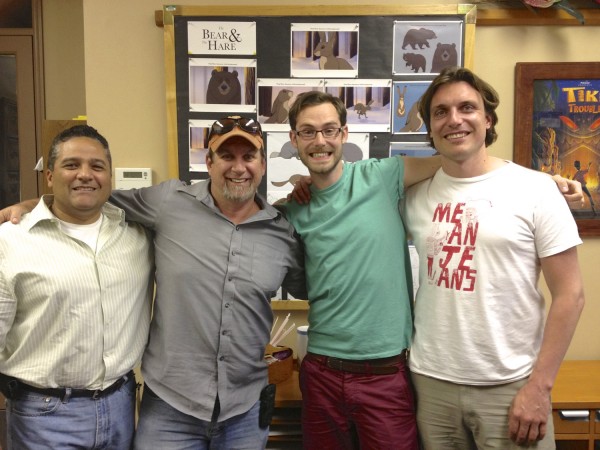 How did you get involved?

Dominic Carola: Initially I had gotten calls from two groups, I didn’t know at the time that they were both for the same project until more details began to come out. A colleague of mine had been instrumental in helping to connect the London based producers of Blink Ink to us. They were ultimately the agency awarded the project, and said they were looking for classical Disney inspired animation with a touch of ‘Watership Down’ feeling to it. 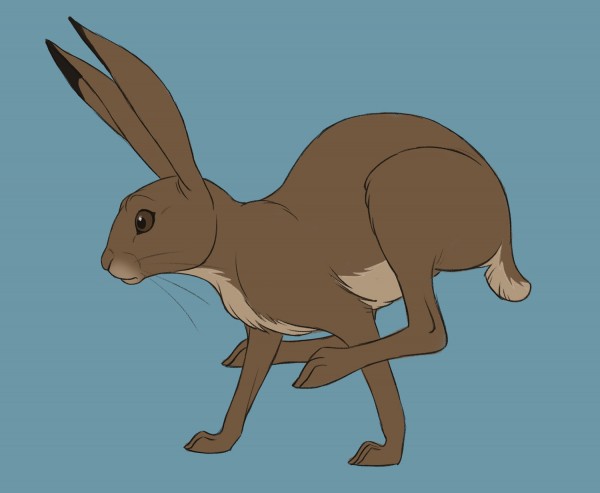 They had seen what we had been doing as an independent studio for almost 10 years post our Disney days, and made it clear that they wanted to work with our team in Orlando. Then when I saw the boards and initial development it was evident that the project had a Brother Bear flavor to it, however it was going to be produced in quite a unique way that was unlike anything I had seen before. 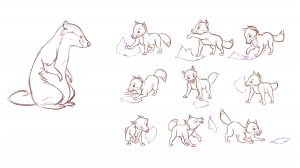 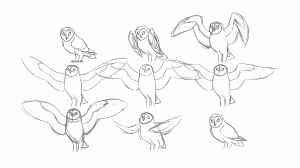 Very soon after, they said they had asked Aaron Blaise to get involved, he was a natural fit for the project and we were very much looking forward to working together again.   He and I had not worked together in almost 10 years since his Disney feature animation Florida days. We began to make a plan for the 2D animation production and how we were going to get it all done in time for the stop motion team in London to start their part of it once we were able to feed them approved animation. 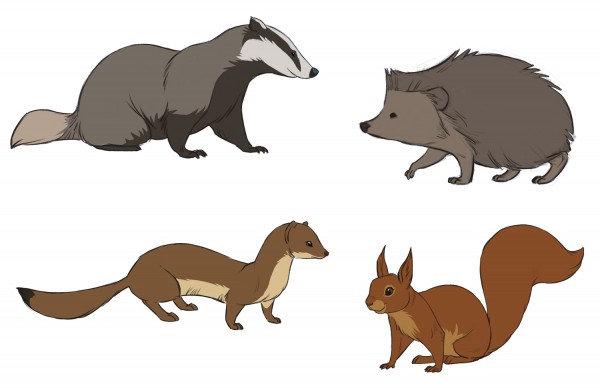 Aaron Blaise: I got involved in the project when Blink Ink (the company actually responsible for making the commercial) contacted me to see if I might be interested in designing the characters and supervising the animation. At the time I was swamped with other work I was doing for Paramount and Bluesky, but after I found out that I’d be working with my old colleagues from Disney, namely Dom Carola and the crew at his company Premise Entertainment, I jumped on board immediately. 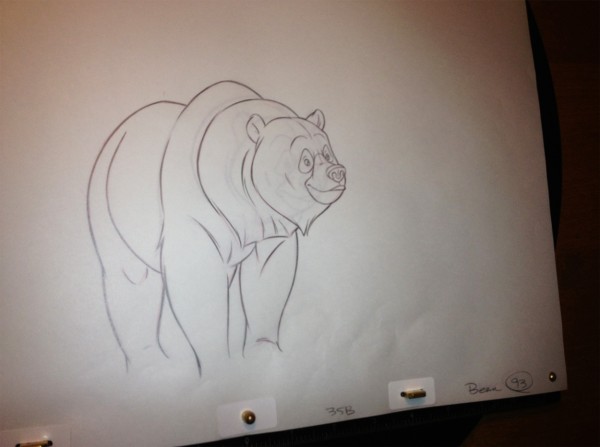 How long did the project go for?

Dominic Carola: After Aaron designed the characters, he drove up from south Florida and joined us in the studio. We set him up in an office down the hall and it was a delight to have him with us for those weeks and reconnecting with our Florida animation family. He mentioned he hadn’t animated in a while, but as soon as he had his first scenes it was as if no time had passed at all. Aaron focused on the Bear and Hare animation and I focused on the secondary animals whose cast of characters seemed to grow by the day. We added two additional animators, Erin Humiston and Darko Cesar, they both jumped in to help meet the character footage deadlines.  And then we had a wonderful clean up animation team following us all up.

Janelle Bell Martin led the veteran clean up team and we were requested to keep adding animals in rough animation, and they seemed to just keep coming…and multiplying. The team was wonderful and never quit on meeting the deadlines. Mac Masters and Pam Darley had so many animation characters and pieces of characters coming at them quickly, they did an amazing job of keeping things organized despite the myriad of multiple animation components that were being pieced together for digital delivery to go to the team in London. 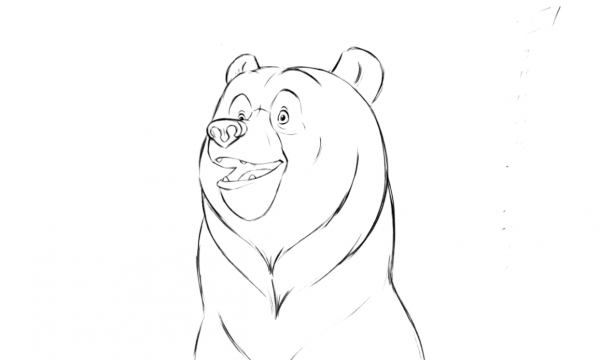 Aaron Blaise: The character design process was actually pretty quick. I designed all of the animals in about three weeks and that’s while I was doing other freelance! The direction they wanted to go in the designs was much more on the realistic side of things. Whenever I would draw eyes a little too big or give prominent eyebrows I would get a note to go more toward the real animal. Less caricature for me is easier. I’m also a wildlife artist and have been drawing animals all of my life. The more real they wanted the designs, the easier they were to create.

We in Florida worked on the project for about 11 weeks total. I took 3 weeks to design, then we animated, and did final line for the remaining 8 weeks. 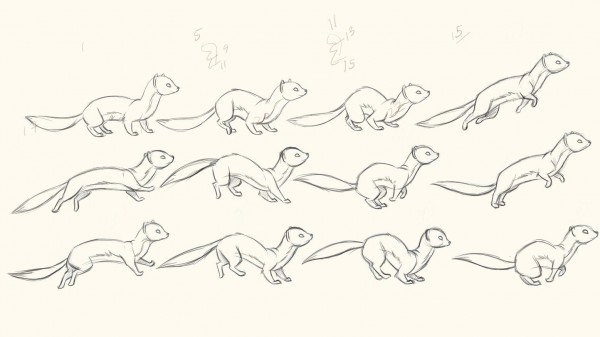 What is special about Traditional Animation to you?

Dominic Carola: Whenever I get an opportunity to animate on a project I love it, and this one was special from the get-go and we were all determined to do our best in the time we had. There is some beautiful CG work being produced today, but there are also many projects that tend to look the same. 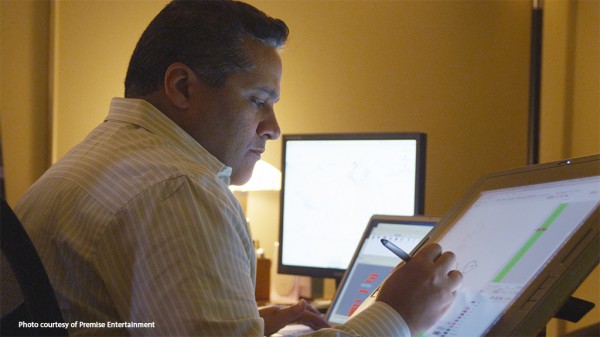 For me there is something inherently distinctive and charming about traditional animation and the hand drawn medium. I simply love drawing and seeing the drawings come to life, whether you are doing it on paper or paperless digital. It’s that wonderful process of exploratory drawing to pull out a performance and build up that performance from a blank image to thumbnails, to a pose test, then secondary actions and that wonderful layering process of refinement and spontaneity.

Aaron Blaise: The thing to me that is so special about 2d or hand drawn animation is just that…it’s done by hand. There is a hand crafted feel you get that you just cant get with a computer because it’s…well…hand crafted. I like to see the imperfections in the line, a little boil in the color. Embrace the medium! 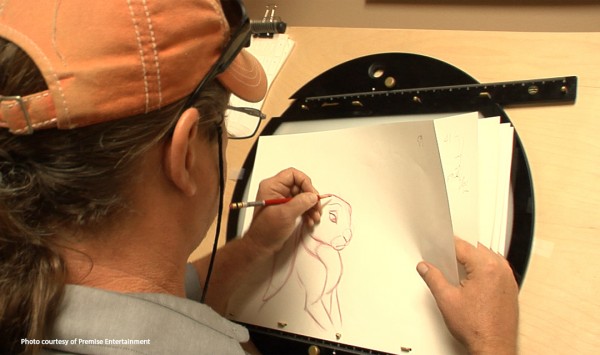 It’s like difference between records and CD’s. Don’t get me wrong, I love technology and CG animation also. The possibilities are almost endless with the medium. But sometimes a piece of animation requires something different. Something nostalgic. That’s what this commercial required and it’s the hand drawn animation that I think delivered it. 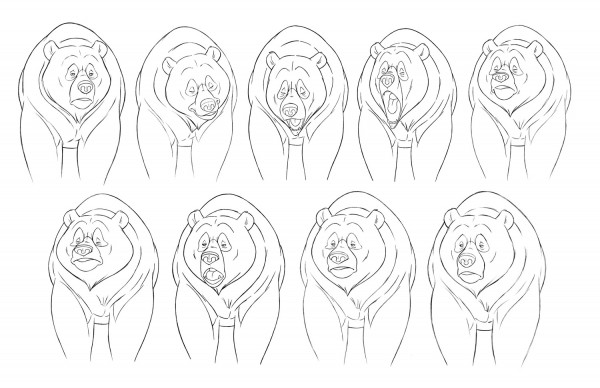 What was it like working with the team in London?

Dominic Carola: Working with the directors Elliot Dear and Yves Geleyn was great and they are very talented guys. We had the pleasure of actually having Elliot and executive producer Bart Yates fly over and meet with us to kick off the project. It was a very valuable and constructive time that we spent together and quickly forged new friendships. 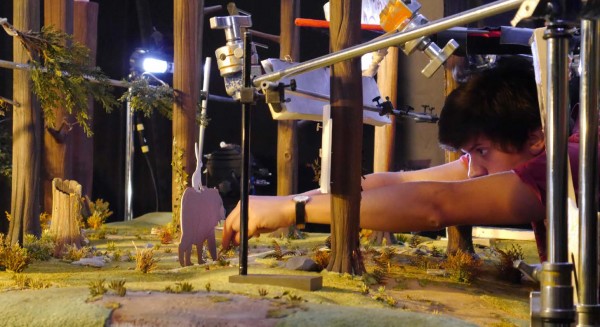 Aaron Blaise: Working with the team in London was actually pretty easy. We had our chunk of work and we really just kind of blew through it. I seemed to get the most notes actually, but they were usually easily addressed and we got the work out the door. Also, the style of animation was a real exercise in restraint. So that means there wasn’t a whole lot of broad animation which meant we could get through the scenes a bit quicker also. The note I would often get if I pushed things a little to far was “Aaron, it needs to be more British. We would like smoke under the door, not the whole explosion please…if that’s ok.” They were always so polite. 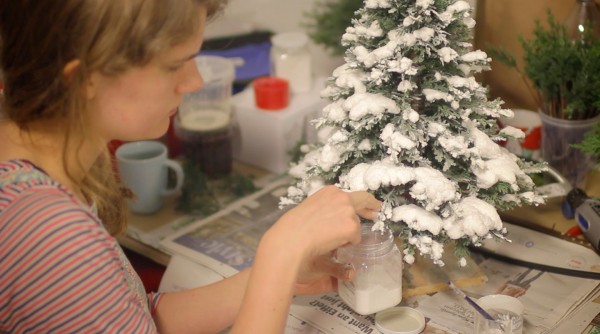 Dominic Carola: Elliot and Bart told Aaron and I, after spending a short time with us, how they could feel that family atmosphere we all have as co-workers and colleagues. It’s something they said they share as well back at Blink Ink in London.  Sometimes that’s something that can unfortunately get lost in a big studio structure, but for an independent group it’s an essential component to a great working experience on any project.

Aaron Blaise: Getting to work with my old colleagues from my Disney days was incredible. I hadn’t seen a lot of them in the last ten years let alone work with them. The last ten years have held some of the hardest emotional experiences of my life. Getting to come back full circle and be with my old Disney friends…I felt like Homer coming home after his long odyssey. It was like coming home. We fell right into our old groove and it was like we never parted ways. As a matter of fact, Dominic Carola and I ended up supervising the animation together. I really enjoyed that.

Dominic Carola: It’s been so rewarding to see the tremendous response that the John Lewis company, Blink Ink, Hornet Films and the agency has had to the project and the large amount of interests and admiration for all the hard work that went into making it on both sides of the pond. Blink Ink Co-Director Yves Geleyn sent out a very appreciative email to many of us, and even though you had these wonderful groups in different parts of the world that may never have met, we all shared in a very special experience and hope to work together again. 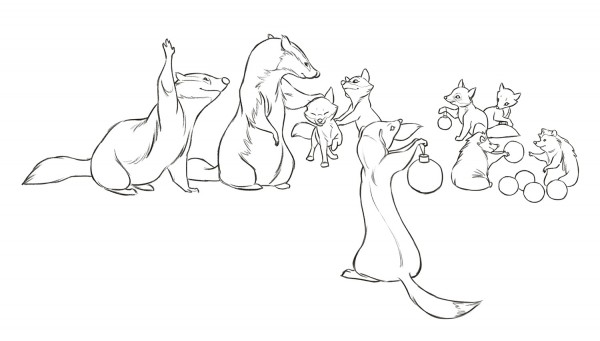 Not sure if there will be another project produced in this fashion, but if there were. Sign me up.

Aaron Blaise: I truly hope that more work like this will get made. The popularity of the commercial has been incredible!! 10 million views in the first month…and that’s a commercial that isn’t even shown in the states!! It’s really made some waves in the animation community and I’m extremely proud to have been a part of the team here in Florida that created the animation. I can definitely see a feature done in this style. We just need to find the right story for the medium…hmmm. 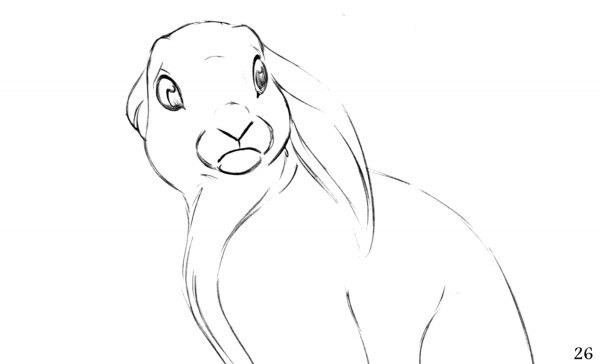 Behind the 2D Animation Video:

Visit the Studio Behind the 2D Animation. Premise Entertainment

Leave a Reply to The Bear and the Hare!! | The Turk :) Cancel reply