Production continues on Tom Hignite’s “Miracle Mouse – Cranky’s Miracle.” Discover one of Tom Hignite’s most recent benchmarks in his production of his indie 2D animated feature film! After speaking with Hignite about his film, we found that he has hired some professional Hollywood “name” stars to join in the cast! 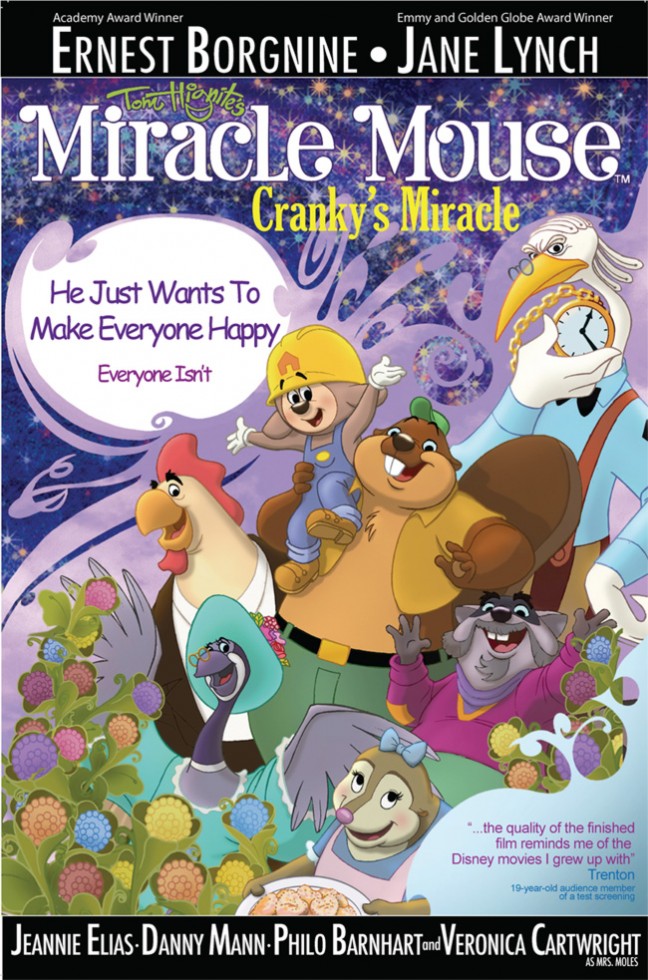 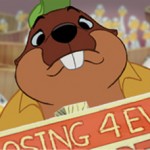 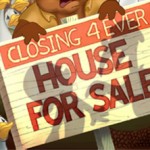 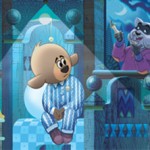 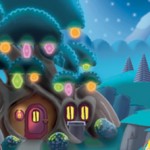 Tom Hignite has a love for traditionally animated features and is one of the few out there who is trying to make it happen again in America. Hignite was very successful with his home building business, Miracle Home Builders, when he decided to re-create a hand drawn animated feature film, which is inspired by Disney’s animated classics. Hignite went through many ups and downs during the production of this film. For example, in 2006/2007 when the housing market took a down turn with the economy, he had to give his animation staff a three month warning to look for other work unless the situation turned around. Having gone through that, he still kept production going. 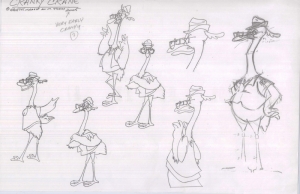 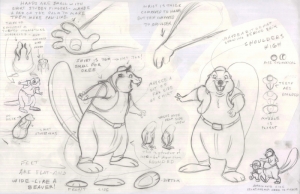 In 2011, after two and a half years of work, they finally finished the first version of the film, a condensed 27 minute animatic. Some of it with custom fully orchestrated music. His future plans are to finish the full 115 minute version of the film and enter it into film festivals by mid 2013.

The Miracle Mouse story is old-fashioned, and has no fart jokes, burps or anything crude in nature. The story delivers messages about building friendships, making  sacrifices, having patience, and helping others. 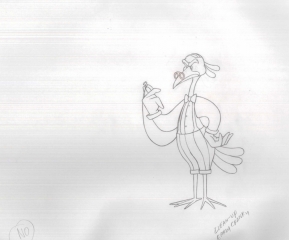 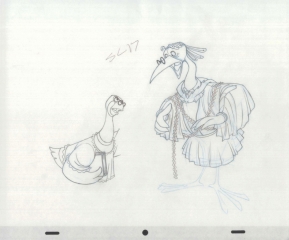 Q: When did you originally create Miracle Mouse?

Tom : I can hardly remember an exact time which I created Miracle Mouse but he first appeared around the early years of Jacquie (Tom’s wife) and I starting our home designing and building business. Amongst my art passions was a natural progression of me having learned to do advertising and marketing during my art education. I never dreamt I would be designing homes. I always thought my art schooling would lead me to doing illustrations or cartooning. Home building found us rather than us having some grand plan to build homes. Even though we built our first home in 1990, we did not really open Miracle Homes until 1993. In 1994 or 95, I began to create brochures of our floor plans and wanted to put a small character into the layout illustrations, just to add a little fun to the mix. 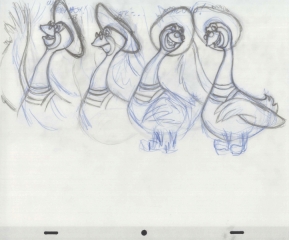 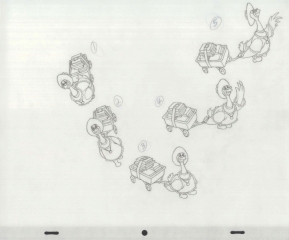 Miracle Mouse was really born out of practicality of size and sailing. In the size department, I needed a character that was small and an ant would have been too small and a rabbit would have been too big, so a mouse seemed just right in size not to overwhelm the ad content. Miracle Mouse looked more like a real mouse at first, except he wore overalls and a hard hat. My family and I used to do a lot of sailing and I always read a certain sailing magazine’s “sailor’s sketchbook” page. It showed how to build some boat project. That artist put a small mouse into many of the illustrations and subliminally, I think that stuck with me.

In 1999, I was making a bigger splash in the Milwaukee Housing market and had created a nice reputation for designing highly artistic and creative homes. I wanted to find a better way to convey our innovative leanings so I remembered that mass-marketing using an association with a better known larger entity that shared my same core business model was commonly done in the ad world. It didn’t take me long to realize that the best recognized major company who shared my innovation leanings would be The Walt Disney Company. 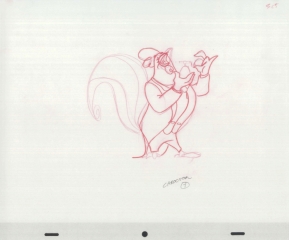 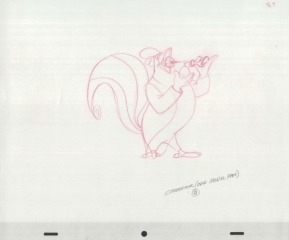 My 1999 first television ads began a re-styling of the Miracle Mouse character into something that might remind television audiences of Mickey Mouse but NOT be a copy of that famous mouse. Miracle Mouse began appearing at the very end of all of our television ads. I went to Karen Johnson productions in near-by Racine Wisconsin. I brought them some of my character designs and rough story boards for having Miracle Mouse come out and bring our logo onto the last 4 seconds of our commercials. The next commercial, he would surprise the audience by maybe tripping. The next commercial, he would tunnel-into the picture and pop-up by the logo name. He parachuted-into the commercial, popped-up from a tulip which grew, carried-on a Christmas tree which morphed into our logo, and on and on. 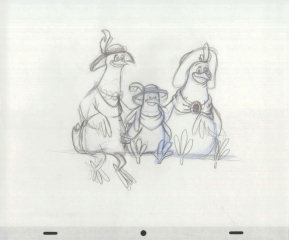 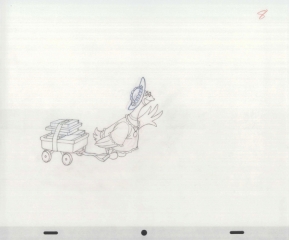 Q: When did you first start the feature film?
Tom: The Miracle Mouse feature film idea first sparked-into my head in about 2002. The animation studio who I was using to draw my 4 second Miracle Mouse commercial tags, came to me wanting me to invest in an animated PBS television show they were working on. I explained to them that if I were to put any money into animation entertainment, I would like to be in the driver’s seat. This small idea started to grow. Later in 2003, I visited Walt Disney World in Florida and went on the MGM Disney Studios animation tour.

I saw that the artist who were supposed to be animating behind the glass walls were absent. The tour guide telling us that all of the Disney animators were given a special “hiatus” because they had just finished “Brother Bear” and were waiting for their next animated film, rang strangely false. I investigated and found they were closing the Florida 2D studio. I was shocked and I saw this as an opportunity to perhaps get some excellent Disney-trained artists and perhaps try to re-start 2D films in the same tradition of films that I had grown-up with. I saw what I felt was a great American tradition about to be needlessly thrown-out as being out-dated and eclipsed by the World of computer animation. 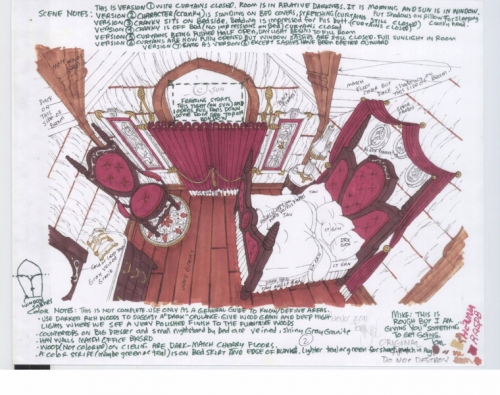 Home building had brought more money and local fame to me than I had ever expected and I was ready to use that for funding this special American art form. I put ads into trade papers and web sites and began interviewing animation artists first at (the famous animation school)CalArts in California, where I ultimately hired 3 animation artists and brought them to Wisconsin. We started by producing our first fully animated 30 second television commercial. After 3 or 4 months of work, I began to see that other artists would be needed if we ever had a chance of getting a feature off the ground. I assumed I would continue to grow the staff eventually into the hundreds of artists it would take to produce a feature.

I went to Orlando to interview those dis-placed Disney artists who were apparently still on their “special hiatus” from(now closed) The Disney/MGM Studio. I brought in more animation artists until we grew to about 13 ex-Warners and ex-Disney artists. 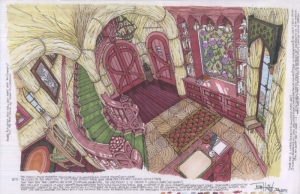 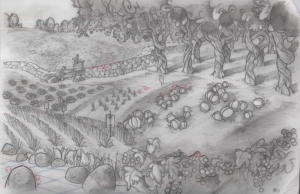 Q: Can you tell us more about what happened during the rough times in 2006?
Tom: In 2006 the home building industry began to fade quickly and unrelentingly across America. Over 3 months, we all-but-closed-down the studio. I was heart-broken for all of the well-intentioned dreams that I had transferred to my animation staff only to pull the rug out when the housing market crashed in a historical unprecedented manner. We had a huge staff of 80 in homes and animation and we needed to re-adjust fast or risk losing everything and any chance to build homes or animate.

In late 2006, all buy one animation staffer was gone. I had fortunately been able to find local work for a few staffers but most of the artists moved back to their homes out of state and moved on. To find any hope of seeing Miracle Mouse hit the silver screen, I would have to await the housing market’s return or find an investor. 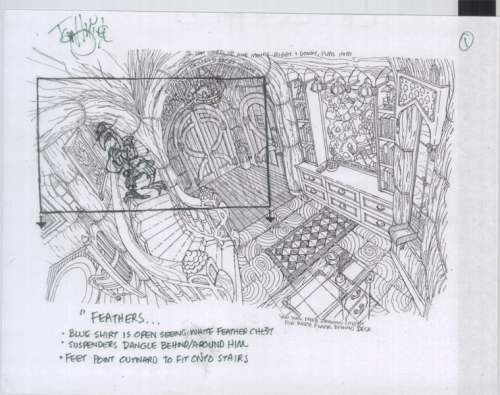 Q: Do you sell any Miracle Mouse merchandise like tshirts, illustrated books, autographed pencil drawings, mugs, plushes, etc?
Tom: We do have an illustrated book available at Amazon.com or though our Studio office at (262)628-9091. We also have Miracle Mouse coloring books where you can cut-out and build paper models of a few Miracle Homes. We also have paper folding hats that are made of stiff index paper that fold to become a Miracle Mouse hardhat with ears attached. We do still have a few Miracle Mouse coloring tee-shirts. They come with 6 markers to color the shirts images and then wash them clean white again.

Folks who order the book also receive a folding hat/ears. The price is $19.95 list but $23.00 includes the hat and autograph with shipping included. Please contact us for more info

Q: And finally what is it about traditional animation that is special to you?
Tom: When I hear the phrase traditional animation, I know that encompasses many styles. Referring to hand drawn 2D, I think the art is both special historically and artistically. As for history, when Walt Disney created Snow White as the world’s first 2D animated feature, he proved the critics wrong, many believed that a very long “cartoon” would fail because watching so many drawings flip in front of your eyes might cause negative mental condition. Moreover, the entertainment world at that time only saw animation in terms of 5 to 7 minute comical shorts. Disney proved that “cartoons” could entertain and hold an audiences attention. Imagine, adding tear-jerking drama to an art known primarily for making you laugh. What a ground-breaking concept!

As for art, I personally like what 2D traditional animation can do that CGI can not. For example, if you were to take a Grandma Moses(or maybe Mary Blair) flat background style and try to incorporate that into a realistically rendered production such as Toy Story, it would look totally out of place. I like seeing and savoring the things that can be best done in 2D used in 2D. I am not as fascinated by 2D that tries to look like reality. When reality is attempted in 2D I always am left thinking that maybe they would just shoot the film in live-action and save time and expense. Of Course, making the characters do special things they could never do in reality is something you can also savor despite the background “world” you create.

Hand drawn animation better captures the “human” feel of movement and emotions in a certain way that  I doubt any computer will match. I think the public right now is “secretly” yearning for the next big 2D classic, but has not seen one recently that has the heart and emotion and sheer entertainment value compared to their electronic-heavy counterparts. 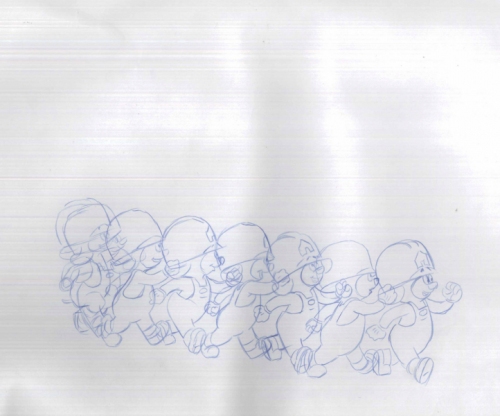 Here are ways to get more information on Miracle Mouse and Tom Hignite’s Miracle Studios!