A talk with Directors Seth Kearsley about the 20th anniversary of Adam Sandler’s animated Hanukkah movie. 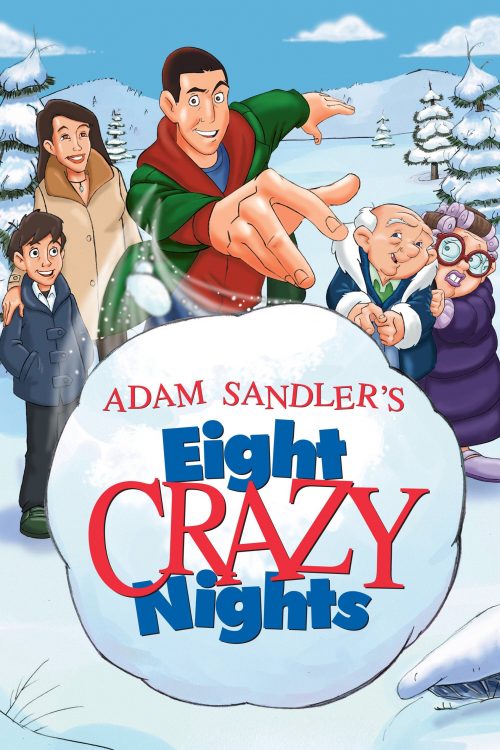 Question: Thank you, Mr. Kearsley for this opportunity to reminisce about the 20th Anniversary of Adam Sandler‘s Eight Crazy Nights. First, can you give us a bit of your background story before you became part of the animation industry?

Mr. Kearsley’s Answer: I grew up in Ventura and had a friend go to CalArts. I was doing construction with my dad and it was always understood that I would continue the family business but a fateful meeting at a CalArts party when I was in high school changed my path. I wondered around the animation department feeling really at home and happened to come across Pete Docter shooting his student film. I knew I had to go here. Something about animation clicked for me.

Question: What was your first job in the industry? where your career has gone? Did you have a mentor?

Mr. Kearsley’s Answer: My first job in animation was on The Maxx for MTV at Rough Draft studios. I was already a big fan of Sam Kieth’s work on Wolverine and it was like a dream job to get to work on his show. I wouldn’t say that I had a mentor per se but there have been directors and artists at every studio who I admired. Gregg Vanzo at Rough Draft was a HUGE early influence. Mark Kirkland on The Simpsons was like a masters program in film school. After The Maxx, I bounced around from studio to studio. Film Roman on the Simpsons, Disney TVA, DIC for Mummies Alive, Sony for Dilbert and then for Eight Crazy Nights. 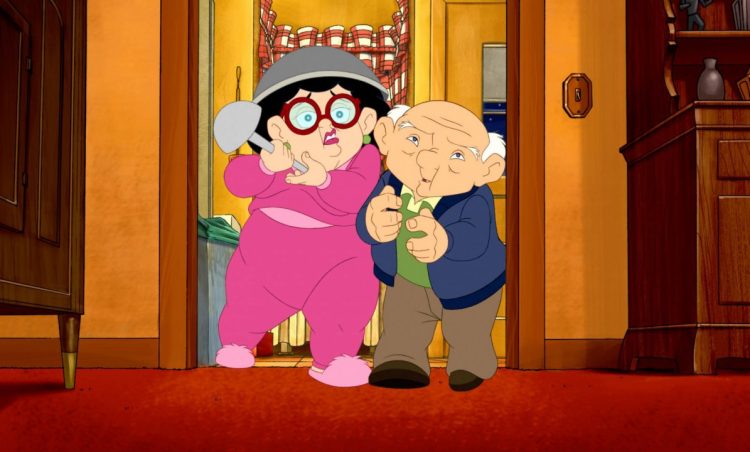 Question: How was the development of the film? To turn the classic Adam Sandler Hanukkah song into an animated feature? Or bringing the character of Whitey from Adam Sandler’s Comedy albums into film?

Mr. Kearsley’s Answer: Adam Sandler was mixing the comedy album. Amy Pascal, who was the head of Columbia pictures, came and heard the Whitey sketch. She asked what they were going to do with it. They said they were thinking about doing an animated movie. She said “I’ll buy it” and they started writing the script. By the time I came in they had a first draft. 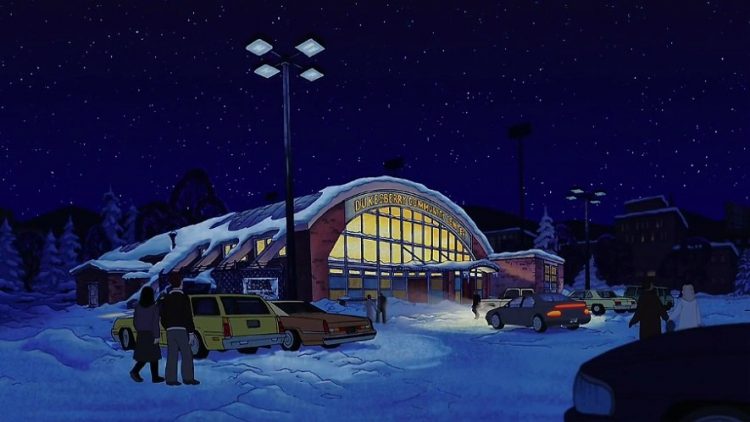 Question: When Did you come aboard on the early development and how did you land in the directors chair?

Mr. Kearsley’s Answer: I was the Supervising Director on Dilbert and had heard about theis Adam Sandler animated feature that was going to happen with Sony/Columbia. I let everyone know I wanted it and they hired someone else. That person was fired a few days later and I got my chance to meet Adam Sandler. We kind of just clicked. I was a huge fan and hoped he would be like I thought he was. I was seriously star struck meeting him but he was such a normal dude that you felt comfortable around him right away. 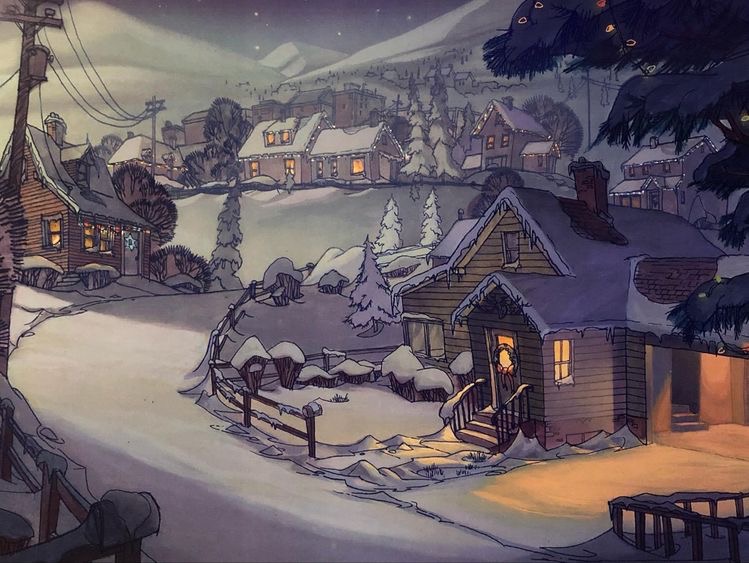 Question: As Director what was the most challenging aspect of making this animated film? The Voice talent has some of the great comedians & a lot usual Adam Sandler gang. Any stories about recording the voice talent. How about the songs? Why was the “At the Mall” song cut from the movie, but still on soundtrack?

Mr. Kearsley’s Answer: There were almost two different phases of the movie. There was one with the Executive Producer who started the project and a whole other with the Executive Producer who finished the film. The first was a nightmare and didn’t know what he was doing and I was seriously concerned that it was going to get shut down. He had a ridiculous schedule that treated it like a straight to video. When he was removed, the budget was raised and the schedule was lengthened. It was still only $34M and 2 years so it’s not like it was luxury but it gave us enough time to do something nice.

There were a lot of great voices. I got to meet a lot of famous people. I think voice recording wise the highlights would have been recording Adam Sandler and Kathy Bates as Whitey and Eleanore. Adam Sandler ended up being Eleanore but that record was something else. The other star struck moment comes when we’re recording Dustin Hoffman’s Daughter for young Jennifer. He was in the booth with us and at a point went over to give her some feedback on her performance. Tootsie was the first movie I ever owned so it was just like his character from that movie when he was still the acting coach.

The Mall song was cut because there was a concern that too much Whitey at the start of the movie might turn audiences off. So we started with Davey. Who knows. Maybe it was the right decision maybe it wasn’t. Would love to do a sequel if only to get that song animated. 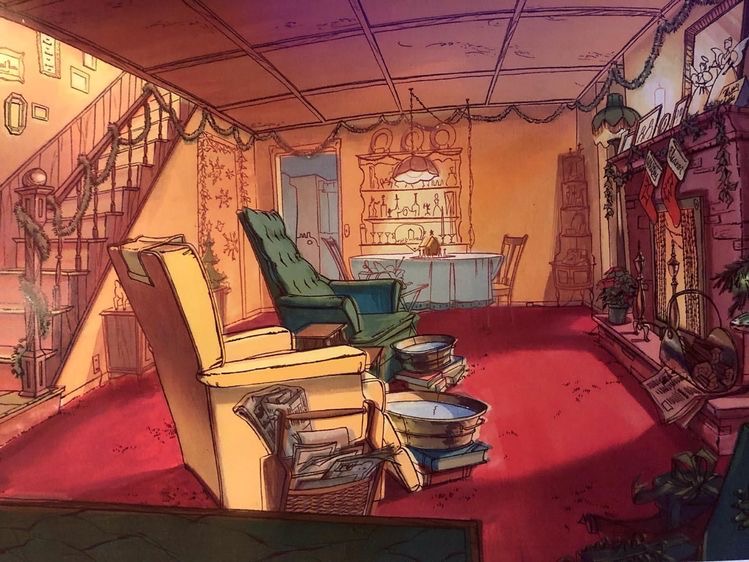 Question: The other aspect of being the Director is directing the animators. Meatball Animation was put together (LA unit) and you had several satellite studios across the country and in the world. Can you tell us a little bit how that was in creating the film? Was it difficult not all being in the same place?

Mr. Kearsley’s Answer: If I hadn’t had all of the experience in TV working with overseas studios, it might have been more of a challenge to work with studios all over the world but since I did have that experience it was actually better than you would imagine. We had dailies with the overseas studios the same as we had dailies with the animators in house. It was all surprisingly seamless considering how limited the technology was at that time.

Question: Eight crazy nights is full of classic Adam Sandler humor, though-surprising rated PG-13 was there anything that was off-limits that you might’ve made but had cut to keep that rating? How was it to make an adult animated film for an older audience That proceeded a movie like Sausage Party by 15 years. Did any of the name brands object, I had heard that you could use them without permission? Is this true?

Mr. Kearsley’s Answer: I had worked mostly in Prime time animation, so it wasn’t too different working on an adult animated feature. There were some things we had to give up to keep a PG-13 but it’s little tweaks like one or two less cuss words.

The only actual objection was from The Gap because in the mall song Whitey says “I take my 11:30 crap and it’s over to the GAP…” I don’t think they liked being rhymed with crap. A big misconception with the movie is that we had all kinds of money from the brands but it wasn’t the case. I wanted to have real stores because it was taking place in present day and I hate the cliche store names that you see in other animated movies. If it was live action, no one would think anything off the names of the stores. I think they actually got approval from the brands that come to life because it would have been a more expensive then to change. Basically, we got a list of brands that were find being in the movie and we added those brands for authenticity. 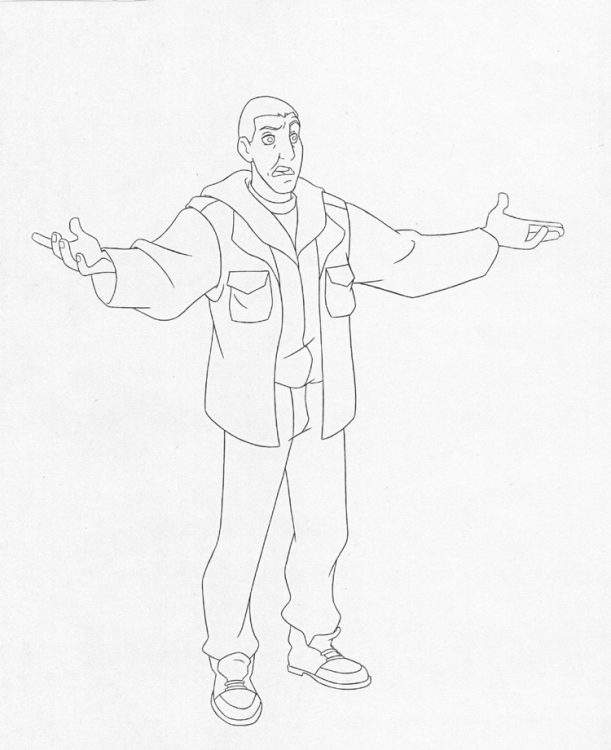 Question: Eight Crazy Nights has become a cult Holiday film for animation & Adam Sandler fans alike. What do you think of the legacy it has left behind?

Mr. Kearsley’s Answer: I’ve had a rocky relationship with the movie over the years. It was a big boost to my career and then it was like an albatross around my neck. I didn’t take the ‘failure’ of the movie well. I turned down a lot of work thinking it was going to lead to live action for me and that didn’t end up happening and I wished that I had taken those other jobs. Then it rounded a corner where people started to come to me and say that they watch it every year or they watch it every night of Hanukah. How can you not be touched by that. So now I’ve embraced the movie and even have a sequel that I’ve pitched to Adam Sandler. So who knows, there’s might be an Eight Crazy Nights 2 in the future.

Thank you Mr. Kearsley for the interview. I am a true fan. – Les Carpenter (Interviewer)

Zen - Grogu and Dust Bunnies - Now On Disney Plus

This is the most recent story.