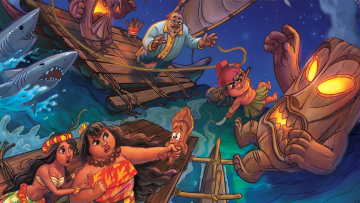 The long awaited Tiki Trouble book is now available created by Disney Veteran Dominic Carola. It was my honor to be part of this book during the Kickstarter campaign and now seeing it come to fruition. Tiki Trouble is definitely a must for any fan of great art and story. 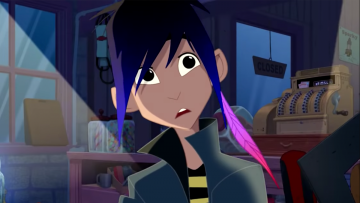 The internet was taken by storm last week when Craig Peck released the pitch/sizzle reel of GALAXY GAS on Youtube. The pitch has now become a viral hit. GALAXY GAS is a 2d hand-drawn animated film idea that had some of the top animators and artists at the helm. We

Q. Can you give us a bit of your history, background, schooling & how you discovered your Animation calling? What are your film credits, Disney & Non-Disney? I was born in Italy and immigrated to the US with my mother and father and two siblings. We lived in a town

Q. Tony, Can you give us some backstory of your life and career up to today? I grew up with a twin brother, Tom Bancroft. Tom and I always loved to draw at an early age and we were competitive with it. As most brothers are competitive with sports and

We had the privilege of visiting Premise Entertainment in Orlando, Florida to speak with the head of the studios Dominic Carola. Dominic as well as Aaron Blaise agreed to do a behind the scenes interview of their most recent hand drawn animation project for John Lewis, a department store chain

A blank canvas. Ever look into a painting and wonder what lies beyond the frame? This is the basis for the original animated film Art Story, from animation veterans Aaron Blaise and Chuck Williams. Last week, the team at Traditional Animation traveled to West Palm Beach, Florida to meet with

Thirty years ago today the classically animated game “Dragon’s Lair” came out in arcades. People everywhere were swarming to the arcades to play this revolutionary game. Dragon’s Lair to this day is still being played worldwide on every console, computer, phone, tablet out there, you name it. We got the