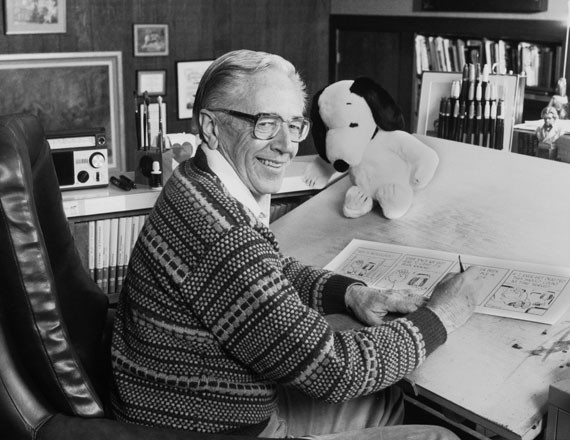 Born in 1922 in Minneapolis, Minnesota, Charles Schulz grew up in Saint Paul where his famous comic strip, Peanuts, was created and debuted in the local newspapers October 2, 1950.

All around the state of Minnesota, one can see statues of the Peanuts characters in honor Charles Schulz. Charlie Brown, Snoopy, Lucy, and Linus are the characters that were represented and displayed by individual artists from all over the country starting in the summer of 2000 right after Charles Schulz passed away continuing for five summers. These statues can still be seen around Minnesota today. They can be found in most of the major landmarks. 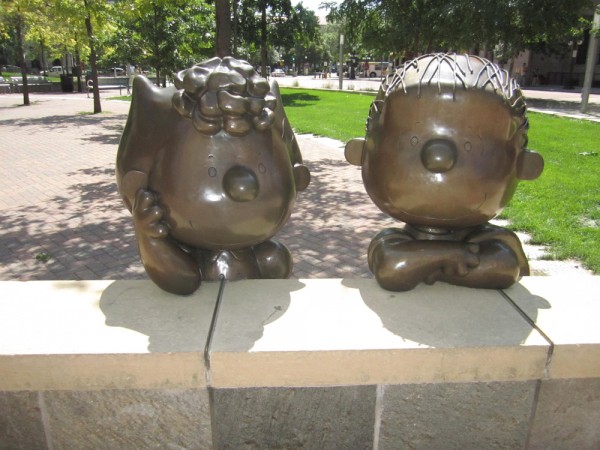 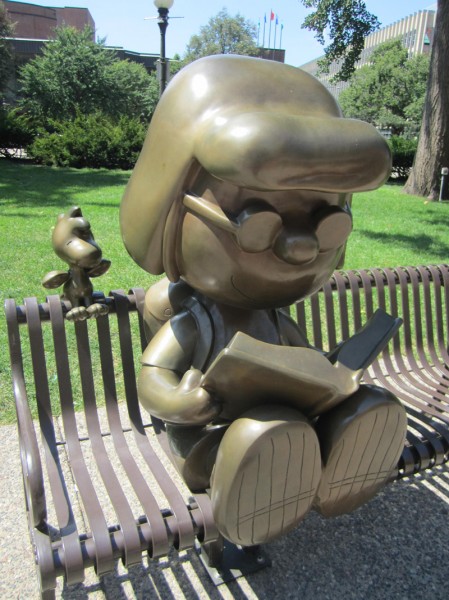 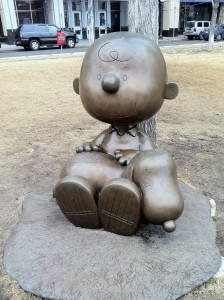 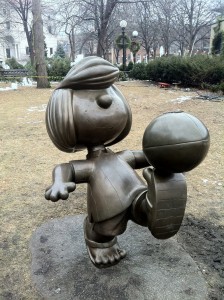 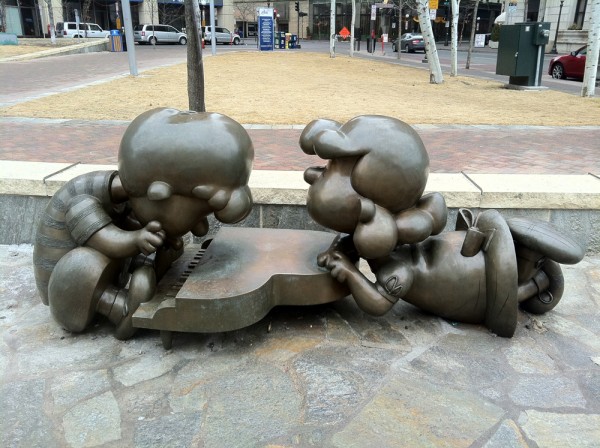 In the Landmark Plaza are the permanent bronze Peanuts statues, which are maintained by the Parks and Recreation Office of St. Paul. Unfortunately, there is no map available for the other artists’ individual renditions of the Peanuts Characters. According to the City of St. Paul, “Over two million people from all fifty states flocked to this tribute to Schulz.” 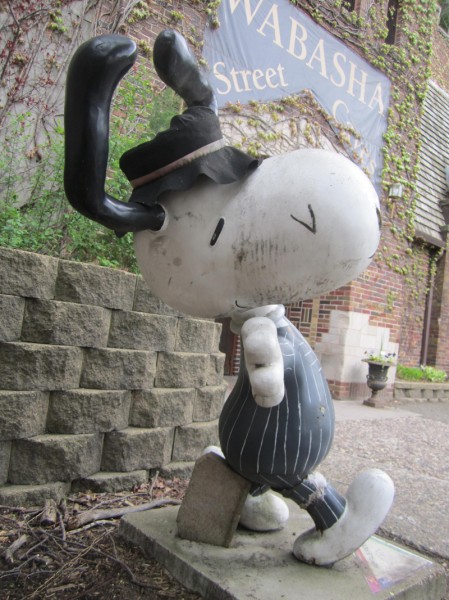 Although the first year featured only statues of Snoopy. Charlie Brown was the second to be featured, followed by Lucy, Linus, and then Snoopy with Woodstock. The Charles M. Schulz fund was established using the proceeds from the initial Peanuts statues promotion, which was then used to establish and maintain the bronze sculptures found in Landmark Plaza. 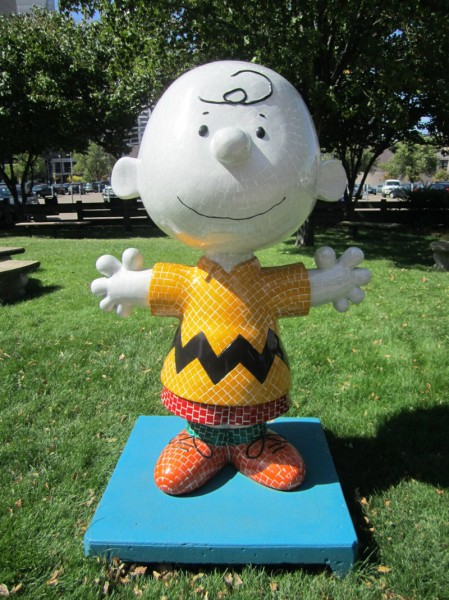 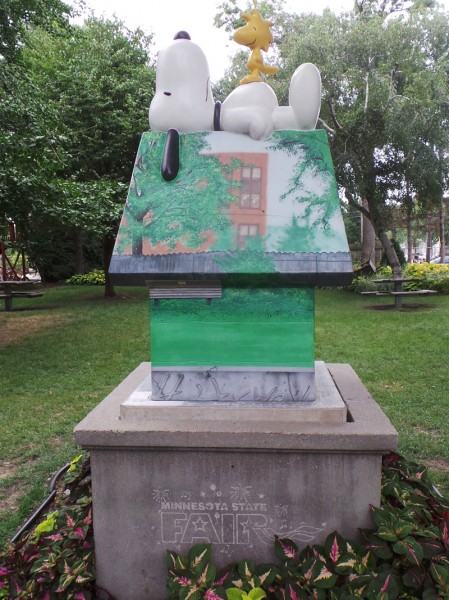 Minnesota is known for having many ways of honoring Charles Shultz. From 1992 through 2006, the Mall of America in Bloomington, Minnesota had an indoor theme park called Camp Snoopy, which is now called Nickelodeon Universe. I am originally from St. Paul and I got to witness first hand the opening of Camp Snoopy. 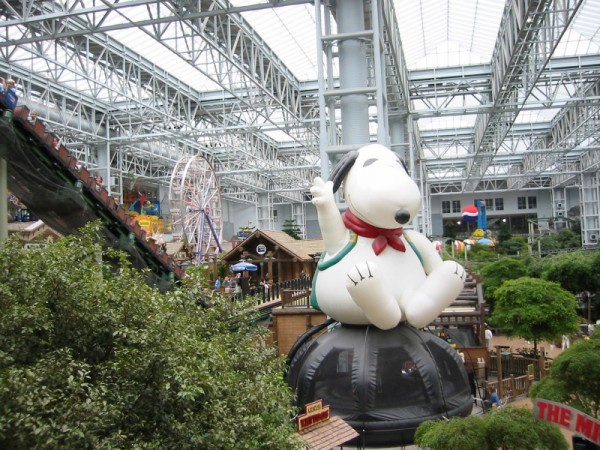 I remember always wishing I could buy an original Charlie Brown animation cel, but they were expensive! It is a shame that Camp Snoopy is no longer there, but today the Peanuts characters have moved over to Minnesota’s biggest theme park, Valley Fair in Shakopee, Minnesota, where they have their own section in the park called Planet Snoopy.