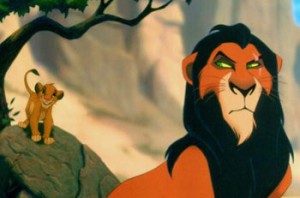 Hey look! A traditionally animated film is #1 in the box office again… so much for the “hand-drawn animation is dead!” logic eh?

I’ve seen it in 3D twice and I must say it looks GREAT! It’s the first time in many many years that I’ve seen it on the big screen (I was five when it came out…) and the film is absolutely beautiful. I was in awe the whole time.

If I had one complaint, it’s that the 3D glasses severely darkened the image… which is my complaint with 3D films in general. I took off my glasses several time to compare the colors and they were much MUCH brighter and richer without the glasses.

Some theaters around where I live are doing some 2D showings as well. I may go see it in 2D again so I can see the true colors again.

Go see it and support Disney giving us more traditional animation the big screen! It’s well worth the money!